Phoenix Milling around with options!

Registered Typhoon Shelter on an earlier visit to Sodabottle which it’s adjacent to and visited for an early dinner a few days ago. In an attempt to differentiate its offering and stand-out of the cluttered food scene, Typhoon Shelter is themed around the coming together of various communities across regions in Hong Kong during a typhoon and the resultant mingling of cuisines. Good place to start from with interesting possibilities.

Shelter us from this typhoon

Typhoon Shelter tries (too hard) to recreate this feel in the decor and misses the mark totally with gloomy and dimly lit depressing interiors, a giant screen dominating the proceedings playing a meaningless video of harbour visuals on a constant loop (check out the pic of the constipated looking girl that we had to put up with throughout the evening) and definitely crosses the line with coasters of children being tied up to stop them floating away during the typhoon! 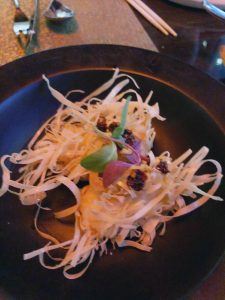 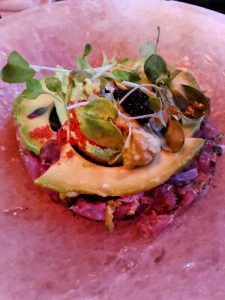 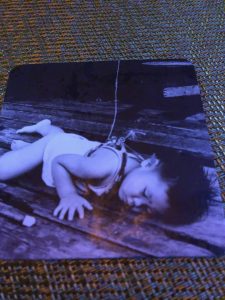 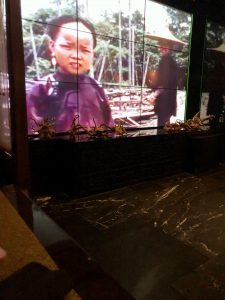 If only the food delivered!

We would have put up with a lot just for having a Yauatcha level place in the vicinity. But it was clearly not meant to be. Almost all the dishes started out with a fair bit of innovative thinking but failed to deliver on the initial promise. The turnip cakes – measly portion, very low on salt and totally unlike the bursting with garlicky flavour Yauatcha ones. The crispy vegetables – yet another fail. Not Asian tasting at all, felt like some garam masala had been sprinkled on it. Or the Tuna tartare. Served innovatively in a Himalayan sea salt bowl and has to be eaten fast or gets too salty. But lacking in the acidity characterising a Tartare and no flavour pop from any of the ingredients. 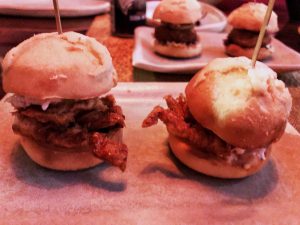 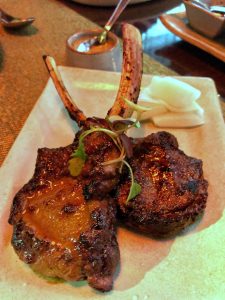 The forbidden garden soup only sounds amazing and is your standard issue hot and sour. The lo baos are like mini sliders and the crab and veggiesaurus were both decent though they would have fared better with some added mayo or sauce. The mushroom truffle oil dumplings we ordered never landed up at the table! The cooked and spiced just right lamb chops were the saving grace. For mains we tried the Egg fried rice, Pork belly and the Mushroom clay pot – all 3 fell in the strictly okayish and not to be repeated experience.

The desserts were also true to the Typhoon Shelter character. The wobbly cheesecake did not wobble at all and brought the creamy, dreamy Smokehouse deli one yearningly to mind. The Colour comb was a disaster! A mishmash of too many things which ended up tasting of nothing. Maybe they do a better job with the seafood which we did not try much off. Possibly at the next meal. Meal for 4 with one Asahi and 2 vodkas was just over 10k – quite a high price-point. 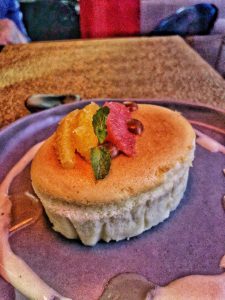 Steer this ship to safety

This degree of being off the mark is quite surprising given the heavyweights like Vicky Ratnani (has done such a fabulous job with Hello Green) involved in the enterprise.  Hopefully Typhoon Shelter will course correct soon and steer the ship safely into the Harbour.