Top of the charts

After the Best hot chocolate in Bombay hunt, it’s time for the Best Biryani in Bombay hunt. I tend to favour the high on flavour and low on spiciness Biryani – the Dum style basically! My favourites ranked in descending order. 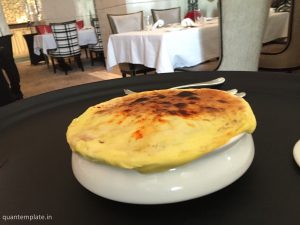 Kacche gosht ki biryani is what I love (though the husband prefers the moist chicken biryani) impossibly long grained rice, superb meltingly tender mutton, redolent with spices sealed in with the purdah, served with mirch ka salan and the garlicky burhani raita.

Choose from the Chooze biryani (could not resist that cheap pun) or the Dum pukht mutton, you won’t go wrong with either

For Bengalis this is the only type! Light as air, fragrant, non-oily, not over-spiced Dum in the Lucknowi style. I think the kewra essence is quite distinctive and the mutton one definitely is more flavorful versus the chicken. Pair it with the railway mutton curry or the rezala

The chicken biryani here has stood the test of time! Go armed with a container and they will layer the biryani in it – tender chicken with a nice chilly hit for those who like their Biryani spicy, fried cashews, onions, eggs et al. They sell smaller portions in foil containers but that’s not half as good

Love their Hyderabadi mutton one with its spicy, minty undertones. Wish they would leave the bone-in for a more flavourful version

The light, non-greasy dum biryani here is made as per Jiggs Kalra’s recipe with muted and understated spice levels

Persian darbar – Take your pick of the mutton raan or kepsa, both of which could feed an army. From this point on, we enter the super spicy, super greasy range though!

Kakori House – supposed to be Lucknowi style so mercifully low on spices, could use better cuts of meat though

Charcoal eats – decent Biryani that’s neither as oily nor as spicy as the rest with options like Butter Chicken biryani. The downside is that it tastes assembled, not a Dum one and is boneless to boot

Behrouz  – any chain with 32 outlets in Mumbai can only be mass produced. The spice balance seems to be off turning this one into a just about okayish option

Shalimar – been a while since I braved the traffic and ate at the labyrinthine eatery spread across many levels. It’s been mostly order-ins from here in the past

Khan’s – a little less oily compared to the rest Not made the cut

Lucky restaurant in Bandra which ranked among the iconic Biryani places has not kept up with the times resulting in a particularly uninspiring oily and overly spiced version. The Arab Mutton pulao would still manage to make the cut if only they used better quality mutton. I am clubbing all others like Gulmurg, Noor Mohammedi, Noorani into a mass of ‘not good enough to make the cut’. RIP mention for Byblos which has shut down. The Bedouin biryani was moist and uniquely flavoured. And the bonus points came from the fact that you could pair it with their outstanding lamb meshwi kababs or the thin Saj roti shawarma wraps. Please add to the list and let me know the notables that have got missed out. I was desperately (and fruitlessly) seeking the Mapla style Kerala one made with the short-grained Kaima rice before finally deciding to make this at home. A post on that experiment soon!

Red meat lover? check out this list of the Best places for Raan in Mumbai